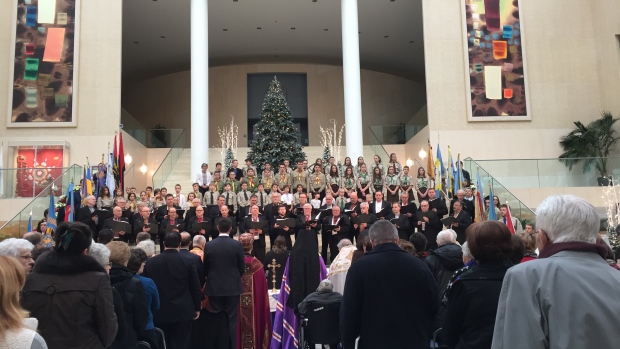 It’s been 83 years since more than four million Ukrainians died during the Holodomor, a famine between 1932 and 1933
that has been recognized as genocide by the province of Alberta. The Holodomor genocide was engineered by
Joseph Stalin to starve Ukrainians and crush the country’s independence movement.

Leo Korownyk was born in 1930 and lived through the famine.

He read aloud from a poem he wrote about the famine, during Saturday’s Holodomor commemoration at
Edmonton City Hall.

“Famine came, and all this joyous life that young people had, grandparents, small children … the famine came
in and there was such sadness. Not only sadness, but death,” said Korownyk.

“Our family lost some relatives in the famine. I lived through it, but millions died – and for what?”

Hundreds of members of Edmonton’s Ukrainian community gathered to lay flowers and light candles at the monument
outside city hall. 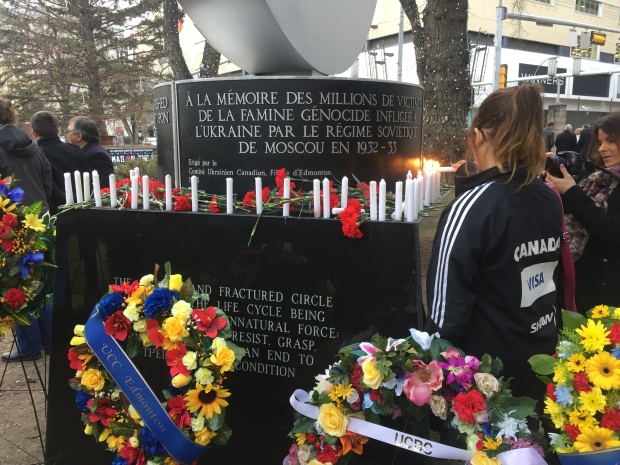 Candles were lit to recognize the 83rd anniversary of Holodomor. (Emily Fitzpatrick/CBC)

MLA Gene Zwozdesky introduced a bill in 2008 making Alberta the third Canadian province to recognize the
Holodomor as an act of genocide.

“Holodomor is very personal to me primarily because of my Ukrainian ancestry. I know that we had relatives
on our side who suffered that ultimate consequence,” said Zwozdesky.

“Therefore, it behooves us who are still here and able to tell this story to make sure that it continues to be told.”