Michael LUCHKOVICH was born in 1882 in Shamokin, where he received his first 10 years of education before moving to Winnipeg. His father emigrated from Ukraine in 1887 to Shamokin, Pennsylvania, he was a miner and later a hotel-keeper. Mr. Luchkovich obtained a degree in political science from the University of Calgary and a teachers certificate from Calgary Normal School. He taught in Alberta for a number of years and became an active member of the United Farmers of Alberta. In 1936 Luchkovich defeated the liberal candidate, Joseph McCallum, and become one of the youngest MPs in Ottawa and the first MP of Ukrainian origin. As the first Ukrainian MP, Luchkovich represented more than just the people of his riding, but also became the spokesman for the 200,000 Ukrainians living in Canada. One speech that made a huge impact was delivered in 1929, when he reacted strongly to the statements made by Bishop Lloyd who referred to Ukrainians as “dirty, ignorant, non-preferred, garlic-smelling, continentals.” As well as a teacher and politician, Luchkovich was also a writer and translator. In 1931 he attended the International Inter-Parliamentary Union Congress in Romania as the delegate for the British Empire. Michael Luchkovich died on April 21, 1973, at the age of 80.

Since 1986, the Ukrainian Canadian Congress – Alberta Provincial Council has honoured individuals who have previously been elected officials with the Michael Luchkovich Award for their significant contribution and dedication to the betterment of all Canadians. The award is presented annually by the UCC-APC President during the Ukrainian Day Festival at the Ukrainian Cultural Heritage Village in Alberta 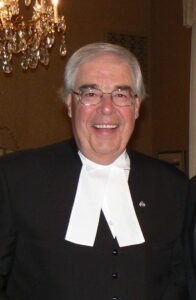 Kenneth Reginald Kowalski was born September 27, 1945, in Bonnyville, Alberta, the son of Paul Kowalski and Mary Chachula. Mr. Kowalski is proud to be a descendent of Ukrainian pioneers. His grandfather’s family arrived in Canada in 1901 and his grandmother’s family immigrated in 1928. Mr. Kowalski was educated in Alberta publis schools, graduating from the University of ALberta with a bachelor’s degree in history in 1966 and a master’s degree in East Asian history in 1970. Following the completion of his master’s degree, Mr. Kowalski pursued education trianing and eventually taught high school in Barrhead, Alberta from 1969 to 1974, and coached the Barrhead Reach for the Top team to the national championship in 1973. While teaching, he also served as secretary of the Alberta Provincial Kinsmen Association in 1972, and received the national award in 1973 as editor of Canada’s best Kinsmen magazine. Mr. Kowalski also received a Government of Alberta achievement award in 1973.

Since he was first elected as an MLA, Mr. Kowalski has held a variety of positions including chair of the Select Committee on Surface Rights, chair of the Heritage Savings Trust Fund Select Standings Committee and was a memer of the Syncrude Board of Directors. He was appointed Minister of Environment and Minister of Alberta Public Safety Services in 1986. After his re-election in 1969, Mr. Kowalski was appointedto cabinet as Minister of Public Works, Supply and Services, responsible for Lotteries, Major Exhibitions and Fairs, the Public Affairs Bureau, Public Safety Services, the Wild Rose Foundation and ACCESS Corporation. He has also served as Minister of Career Development and Employment and as Minister of Economic Development and Tourism responsible for Technology, Research and Telecommunications, International Trade Offices and Lotteries.

In 1997, Mr. Kowalksi was elected Speaker of the Legislative Assembly and was re-elected in 2001, 2005 and 2008. As Speaker, Mr. Kowalski hosted some 300 events in the Alberta Legislative Assembly and Rotunda including visitations of Her Majesty, Queen Elizabeth, several Governor Generals and annual remembrance ceremonies to recognize the Holodomor, El Eid, Poppy Day, Remembrance Day and other significant historical events and holidays.

Mr. Kowalski retired from the Alberta Legislature on May 23, 2012. His official portrait as Speaker was unveiled on October 15, 2012, and now hangs in the Rotunda of the Legislature building. ON February 6, 2014, he received the first ever President’s Award from the Consulting Engineers of Alberta for outstanding contribution to Alberta’s Consulting Engieers.

Mr. Kowalski served Alberta as an MLA for 33 years and is the fourth longest serving MLA in the history of Alberta. He is the only MLA to serve with five premiers. He was also Alberta’s 11th Speaker and the second longest serving Speaker in Alberta’s history, serving from 1997 to 2012. 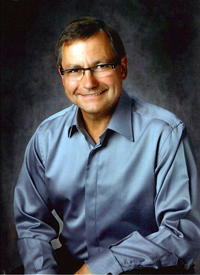 Known for his integrity, humility and down to earth approach, Edward Michael “Ed” Stelmach’s life and work reflect a deep knowledge of and respect for Alberta’s potential. The grandson of Ukrainian immigrants, Nancy and Michael, Ed Stelmach was born and raised on a farm near Lamont and speaks fluent Ukrainian. Marie and Ed Stelmach were married on August 11, 1973. Together they raised their four beautiful children on the homestead founded by his grandparents in 1898 near Andrew where they still live and operate the farm today. Ed Stelmach was among the first to present his candidature in the 2006 leadership race and was sworn in as Alberta’s 13th Premier on December 14, 2006. Ed Stelmach is the first Premier of Alberta of Ukrainian origin and only the second person of Ukrainian descent to be elected Premier of a Canadian province. On March 8, 2008 he won an overwhelming mandate, the largest ever for a first time Premier.

Mr. Stelmach has a long record of public and community service. He served as a school trustee, chair of the Vegreville Health Unit and as a hospital board member. His first foray into politics was a 1986 municipal election, when Ed was elected to the county council of Lamont County and later becoming Reeve. First elected in 1993 as MLA in the Vegreville-Viking constituency, he was elected to his fifth term as MLA in 2008. Before becoming Premier, he held four cabinet positions as Minister of Agriculture, Infrastructure, Transportation, and International and Intergovernmental Relations. As Premier from 2006 to 2011, Ed Stelmach led a government that managed through the challenges of a boom and bust cycle. As Premier, he supported efforts to end homelessness and create affordable housing. He also recognized the importance of diversifying the economy and seeking global leadership to help shape the province’s future.

Ed Stelmach has received a number of honours for his 25 years of public service Among other awards, Ed has received the Queen’s Golden Jubilee Medal (2002) and the Alberta Centennial Medal (2005). Most recently Mr. Stelmach received an Honorary doctor of laws degree from the University of Alberta. In addition to having been a lifelong public servant, Ed Stelmach has been a tireless supporter of the Ukrainian Canadian community. He was awarded the “Order of Prince Yaroslav the Wise” award in the 3rd degree for his work in the betterment of Alberta /Ukraine relations. Under his leadership, Bill 37 was unanimously passed by the Alberta Legislative Assembly. This historic act recognized the Holodomor as an act of genocide and proclaimed every 4th Saturday in November as Holodomor Memorial Day. He also is a recipient of the Hetman Award of the Ukrainian Canadian Congress – Alberta Provincial Council.

As the grandson of Ukrainian immigrants, Ed Stelmach, is truly a Canadian success story that should serve as an inspiration not just for Ukrainian Canadians, but for all Canadians. Committed to principled leadership, Ed Stelmach exemplifies the highest levels of dedication to public service and the betterment of all Canadians.

Mr. (Peter) Myron Kowalsky was born in North Battleford, Saskatchewan, July 11, 1941. While attending rural North Battleford elementary schools, Myron participated in various sports, music and cultural activities nurtured by the CYMK youth organization. He also belonged to the Yevshan Dancers, under the direction of Lusia Pavlychenko, and to the 4-H club.When attending the North Battleford Collegiate, Myron joined the Sea Cadets and was selected to spend a summer at Comox Naval Base where he declined a Sea Cadet scholarship. Instead he went to Saskatoon, staying at the Mohyla Institute and attending Nutana Collegiate. He graduated from the University of Saskatchewan with a Bachelor of Education with Distinction, and a Post Graduate Diploma in Curriculum Studies.

Myron began teaching in 1961 at Quill Lake High School, then at Unity Composite, and later at Riverside Collegiate and Carlton Comprehensive High Schools, both in Prince Albert. During his teaching career, he was sent to Gambia, Africa, through Project Overseas, which was aimed at strengthening professional skills of teachers. This project was sponsored by the Canadian Teachers’ Federation and Canadian International Development Agency. He was also active with the Saskatchewan Teachers’ Federation (STF), at the local and provincial levels. He served on the boards of the Wapiti Regional Library and the John M. Cuelenaere Library.

Myron was first elected to the Saskatchewan Legislative Assembly in 1986 and re-elected in 1991, 1995 and 1999. In 2001 he was elected Speaker of the House and re-elected in 2004. He has served as co-chair to the Canada-USA Relations Committee of the Mid-West branch of the Commonwealth Parliamentary Association, as Government Whip, on the Communications, Rules & Procedures committee, plus various others. He was the Chair of the Standing Committees on House Services and Privilege and chaired the Board of Internal Economy of the Legistrative Assembly. He also hosted the Midwest Legislative Conference which was held in Regina in July 2005. Mr. Kowalsky, with a strong interest in politics and his Ukrainian heritage, edited the booklet Ukrainians in the Saskatchewan Legislature, 1934-1993.

Myron was keen on becoming acquainted with the land of his forefathers and availed himself of opportunities presented to him as an educator and a legislator. In 1991 and 1994, he travelled to Ukraine to attend a Conference of Educators organized by the Saskatchewan Teachers of Ukrainian, a special council within the STF. In 2001, he again visited Ukraine, this time as part of the Canada-Ukraine Legislative & Intergovernmental Project. In December of 2004, Mr. Kowalsky participated as an election observer in the Presidential Election in Ukraine. Stationed in Chernivtsi, he helped oversee the process in order to ensure a fair election. Mr. Kowalsky also has served on the board of the Canada-Ukraine Business Initiative. Myron is a member of the Ukrainian Orthodox Holy Trinity Cathedral in Saskatoon. Myron and Olesia (Kindrachuk) have two daughters and one grandchild.