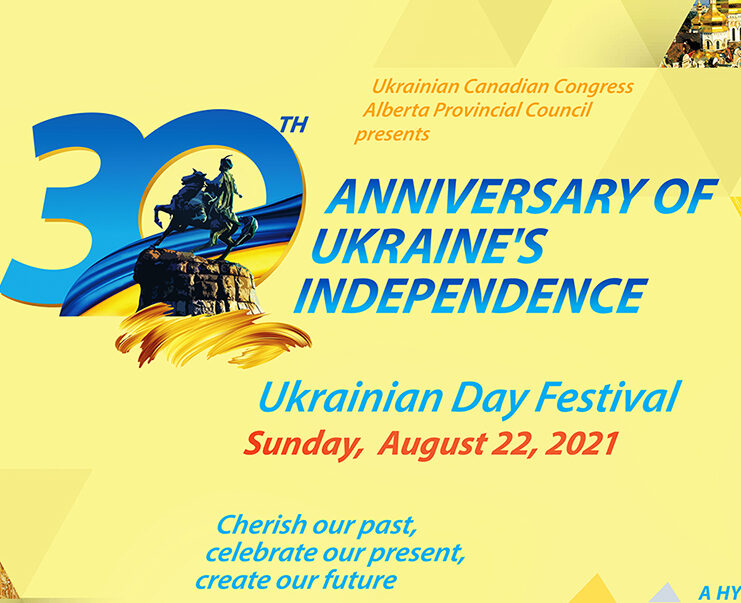 On August 22, 2021, Ukrainian Community in Alberta is celebrating the 30th anniversary of Ukraine’s Independence and Ukrainian Day. This annual festival has been a signature community event for decades. Continuing the tradition, the Ukrainian Canadian Congress in Alberta plans various activities across the province to mark this milestone.

UCC-Alberta is sensitive to the constant changes caused by the pandemic. We are working on a hybrid event that will involve some community gatherings (should that be permitted), an online event and self-guided components.

What can you expect this year?

The online component of the event will feature multiple segments:

This portion of the event is coordinated between Red Deer, Edmonton and Calgary. UCC-Alberta is planning for a short program of a pop-up concert at a central location. The program features vocal and performing artists, food trucks (pre-ordered), activities for children and good company.

To enhance the Ukrainian community experience and the cause for celebration, we partner with children’s organizations and artists. The experience will include:

Panel discussion: THE CIRCLE OF LIFE OF FASHION