Congratulations to this years Hetman 2019 Recipients

They are as follows: 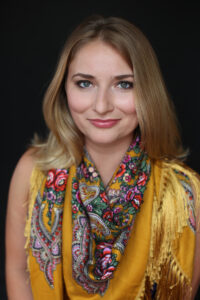 Lianna is an enthusiastic ambassador of the Ukrainian community; she has encouraged and successfully engaged countless individuals in the Ukrainian experience. She has a perfect blend of professionalism and enthusiasm which has made her a powerful voice for the Ukrainian community. She has masterfully used the arts as a vehicle to create and promote awareness. And while her initial project was significant she has expanded the project to include multiple elements to compliment and give strength to the project. Lianna has always been a most respectful and appreciative individual to work with. Her enthusiasm and passion are contagious. She works tirelessly and successfully takes the lead on many projects and initiatives. She is well respected in the Arts community and is true to her Ukrainian heritage. Lianna undertook, what would be a monumental task for many, and not only completed the task, but she has achieved overwhelming success. It is impossible to know how many people have been positively affected by her vision, but it is possible to know that the impact has been very significant. 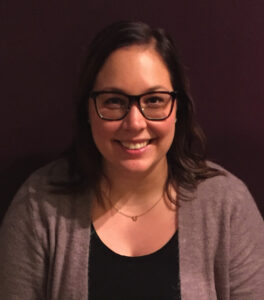 Laryssa Szmihelsky has volunteered her time with the Ukrainian Youth Association, CYM, Edmonton Branch, for over 10 years. She has held many different positions throughout these last 10 years, first starting out as a youth counselor, moving on to Bulavna, then Communications Coordinator and then President for the last three years. She has held a number of committee positions including leading a 3-day National Annual General Meeting and Banquet. Laryssa is a forward-thinking young adult with vision and direction. She has excellent communication, organizational and leadership skills that make it exciting and easy to work with. She always goes above and beyond her role. Because of her leadership, Laryssa was able to bring excitement and organization to the young CYM Executive Committee and general membership. Laryssa is a true leader in our Ukrainian community. 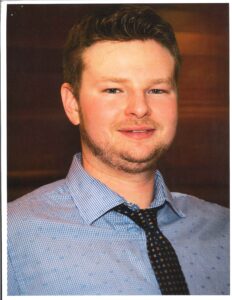 Mike Wowk’s leadership in the community can be observed through the success of a start-up organization which has begun to grow extensively in size and has done amazing work in the representation of Ukrainians across Edmonton. Ukraine Athletic (UA) after being co-founded by Mike Wowk has grown exponentially to an astounding 120+ membership and has grown to include five teams across different sports. As the current President of UA, Mike has continued to actively search for new membership by approaching young Ukrainians and inviting them to join a team of their choice. Recently, Mike Wowk orchestrated a merger between the large, established and well-known Ukrainian Organization: The League of Ukrainian Canadians. 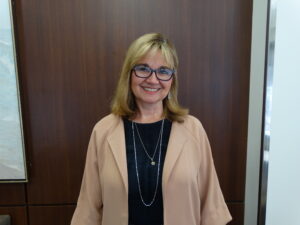 In a time when it is becoming increasingly difficult to find members of the community who are willing to take on tasks of significant thrust, the very name of this nominee is one that has gained a great deal of attention. There are few initiatives or projects of note in recent years that do not bear the stamp of this highly industrious, visionary and affable woman. Daria Luciw is the very embodiment of the adage that when something needs to get done, ask the person who is already impossibly busy.

Dedicated to her heritage, Daria has always been a volunteer in the Ukrainian community. She began working on UCC APC projects in 2004 leading the successful fundraising effort to send election observers to Ukraine. Joining the Board initially as Vice and then President, among her many accomplishments include her assistance with the Holodomor Act Bill 37, initiation of the Stelmach House project, and spearheading the national Congress of Ukrainian Canadians in Edmonton in 2010. As a member of the national UCC Executive for 6 years and determined to share the depth of our community in Alberta, Daria eagerly lead the committee to raise the bar for the Congress and showcase some of what we have to offer in our province. She also continues to help with raising funds for the Ukrainian bilingual program as president of UBLA.

Perhaps Daria’s most personal love and enduring mark on the local Ukrainian landscape may be in the cultural arena. From a volunteer with Plast Ukrainian Youth Association, president of the Dnipro Choir and Viter Ensemble, and most recently as President of the Edmonton Ukrainian Festival Society – Ufest, Daria has always been prepared to roll up her sleeves to assist, advise, promote and lead! Daria Luciw is an extraordinary example of volunteerism to us all. 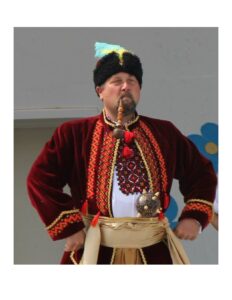 Tim Baydala has been a member of and volunteer with the Vegreville Cultural Association for over 25 years, more than half the lifetime of the festival which is in its’ 46th year. During this time he has earned the respect of all those with whom he has worked as a dedicated leader and volunteer. His natural leadership capabilities have kept him in the position of Grandstand Chairman for the past 22 years. In this role, he dedicates himself to produce outstanding shows every year — within budget and efficiency run.

Along with his wife, Tim taught hundreds of dancers in at least 6 communities in rural Alberta, incorporating regional areas of Ukraine and ensuring the students learned of the origins of what makes all the regions different and significant.

He was also one of the co-founders of the highly popular Vegreville based Ukrainian dance/song attractions known as “The Flying Kozaks”. During their ‘heyday’, the Flying Kozaks performed at numerous festivals in Canada and the USA and memories of their performances are still shared today.

With much determination, Tim works to ensure that Ukrainian culture and traditions continue not only in his family, but within a traditionally Ukrainian community that is experiencing aging and declining population. Not giving ambivalence in others or giving up, he continues to engage and encourage the community of Vegreville and surrounding area by recruiting new volunteers, bringing in new acts to the Festival, supporting new families to the community so that they too become active community participants.

His dedication to his heritage drives Tim to keep traditions alive, and along with a very supportive family, he is committed to keeping the Ukrainian community in Vegreville active. 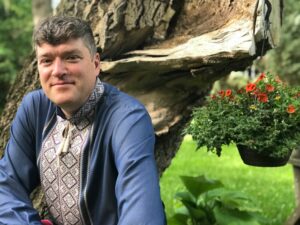 Bohdan Horich has always been an instrumental and enthusiastic member of every organization, society or committee which he has served in our community. Bohdan distinguishes himself as a strategic thinker and admirable professional, whose knowledge and skills continue to benefit those who have the chance to work with him.

On the local community level, Bohdan’s bank of creative ideas for flourishing and improvement of the work of many Ukrainian organizations is a true gem. Importantly, Bohdan puts his ideas into action through well-crafted implementation plans he actively develops.

Bohdan’s exceptional writing skills and vast experience in public speaking have contributed to the professionalization and streamlining of stakeholder work. Bohdan has distinguished himself with his various writing initiatives, promoting collaboration and dialogue, and securing documentation of our community’s history for the generations to come.

With positive nature, personal enthusiasm, and passion for Ukrainian community life, Bohdan was able to garner new memberships and audiences, facilitating the growth of our Ukrainian community. Particularly, Bohdan has made a visible impact in the community through his engagement in funding and fundraising initiatives. And these creative initiatives enabled new endeavours, new projects, new engagements, new collaborations, and new partnerships for the public and community good.

Serving beyond the local community, Bohdan is an example of leadership efforts in aid to Ukraine. His initiative resulted in a substantial collection of gear to equip Ukrainian soldiers is worthy of praise.

All in all, Bohdan’s qualities and accomplishments testify to his commitment to the community, making him a true and outstanding leader.

Ulana Soletsky has been a volunteer her entire life. Raised in a family, who were one of the founders of the Ukrainian Youth Unity Complex, volunteerism was just part of life. She involved herself in fundraising activities to build the Complex such as bingos, casinos, and working at the Ukrainian food kiosk during Klondike Days. From her youth Ulana was a member of the Ukrainian Youth Association (UYA) – Edmonton Branch. Here, she led a youth group, organized summer and winter camps, and took various positions within the UYA executive. Over four years, Ulana was the director for the Verkhovyna Dance School. With her background in Ukrainian dance, she structured the groups according to age and skill, planned performances, and initiated the design and sewing of costumes.

For many years, Ulana also sang in the Verkhovyna Choir and danced with the Dunai Dancers. She was a member of the first executive when the two groups merged to create the Verkhovyna Ensemble. For seven years, Ulana was the Cultural Coordinator who organized performing events for the Ensemble and was the liaison to the UYA executive. She was also on the organizing committee which planned the Ensemble’s first major anniversary tour to Eastern Canada and the U.S. When Razom, the celebration of 1000 years of Christianity in Ukraine, was being planned in Edmonton, Ulana accepted the position of chairperson of the banquet committee. This awards banquet recognized, and was attended by, the best Ukrainian musicians throughout North America.

Ulana’s role on the Ukrainian Youth Unity Council’s (UYUC) executive began in 2012 as a representative from the League of Ukrainian Canadian Women. She now continues as one of the valuable Board Directors

Evelyn Cook has been, and continues to be a dedicated volunteer with the Ukrainian Catholic Women’s League of Canada (UCWLC), St. Basil Branch and Edmonton Eparchy Executive, mainly Museum Committee, as well as with St. Basil Parish.

Evelyn was and continues to be instrumental in all three organizations in leadership and volunteering of her time and talents. She has been a member of the UCWLC St. Basil Branch for forty years, serving as President, Secretary, various committees, eg-Spiritual, Cultural, Archival and Bazar, proudly promoting the Ukrainian Religion and Culture. On the parish level, she served on Parish Council and Board of Management. Cultural Centre organizing a very successful 35 year Camp Reunion. 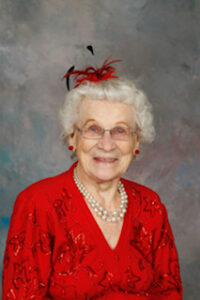 Mary Bereziuk has made a tremendous contribution to the Assumption of the Blessed Virgin Mary Ukrainian Catholic Church and to the Ukrainian community in Calgary as a whole. Mary and her husband Mike were always actively involved in the Ukrainian community. In early 1987, at the church AGM Mary volunteered to take on the position of Parish Council President, at a time when no one else in the membership was willing to take this position on. This feisty petit grandmother ventured into what at the time was a mans world and became the first woman parish council president in the 94-year history of the church. Mary served as parish council President for five years, from 1987 to 1992.

Within months Mary had organized the parish council into a cohesive well working council. Two years later in 1989, under Mary’s leadership the parish undertook a $1.2 million renovation of the church to improve access for the aging membership, installing an elevator and adding approximately 6,000 sq ft to include a library and meeting room. The church auditorium was renovated, and the kitchen expanded and updated with modern kitchen equipment. Washrooms were also moved with a huge improvement over the old washroom facilities.

With the work load of Parish Council President not being enough to keep her busy, during the same period Mary was one of the founding members of the Assumption Seniors Club in 1987.

Mary is very goal driven and always seems to achieve what she sets her mind on. One year at a Seniors Club Valentine dinner, Mary wanted all the men to wear a red bow tie which she passed out. Being men, several of us refused to wear them. However, when the pictures were developed, there we were, all of us with red bow ties on.

Our 2019/20 Winter Newsletter is here! You can view it by clicking here or clicking…

UCC-APC is honoured to announce that Linda Duncan MP, has been chosen to  receive the…

Come out to the Ukrainian Cultural Heritage Village, August 13th, from 9 to 5, to…