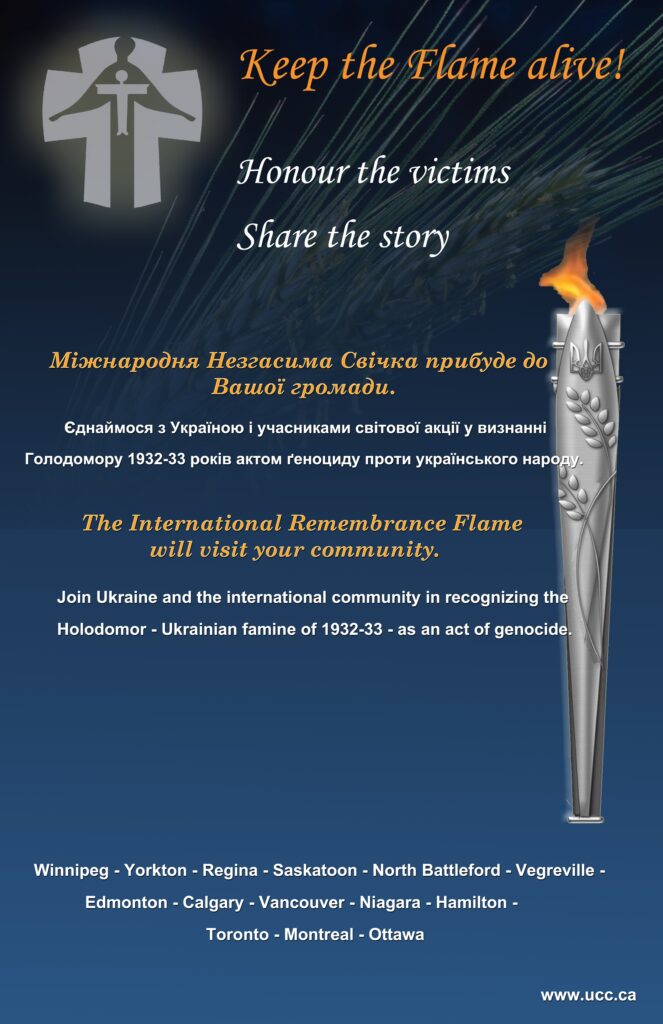 The Remembrance Flame began its journey across Canada in Toronto, Ontario on April 18. The National Launch took place immediately prior to the opening of the exhibit Holodomor: Genocide by Famine at Toronto’s City Hall.

Canadian events titled “Keep the Flame Alive” were designed to remember the victims of the Holodomor while ensuring that the story is transferred from generation to generation, from Holodomor survivors to the youth. Commemorative programs emphasized the importance of sharing facts about the Holodomor with Canadians and continuing the awareness campaign going forward thus helping to ensure that similar atrocities are never repeated. 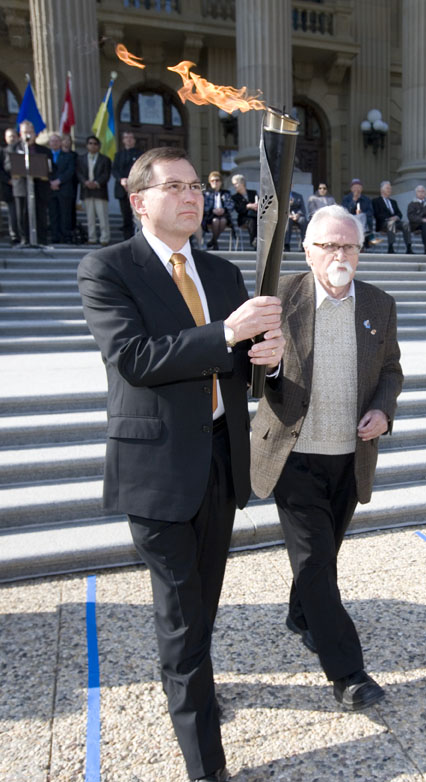 Your people you could feed
But that year
You were robbed for foreign greed.

Land of plenty
Your people could not eat
Satan’ s soldiers
Collected all your wheat
In the name of
An ideology
That was written
To give equality.

Land of Plenty
Two years with empty hands
And the world still
Refused to understand
That your nation
Just wanted to be free
Land of Plenty
Of nineteen thirty three.